Today we are going to test the Stencil paste . It has a fine and very flexible finish, it doesn't crack when folding the material on which it is applied.

This is a mini album, for which I created the outer cover in a single piece of sackcloth, and have bounded it with Chinese chopsticks. But it can also be done by sewing the sheets, with staples ect… 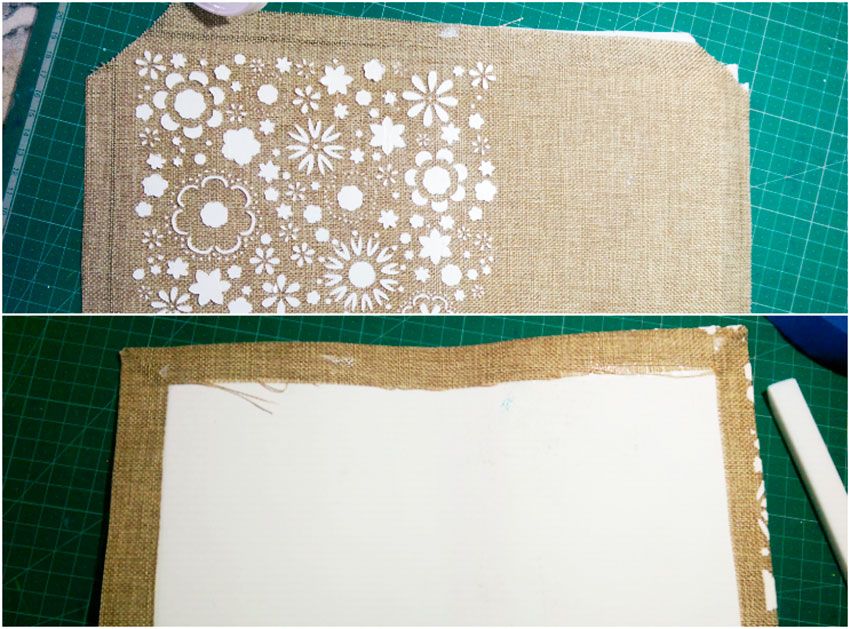 For the cover I used a white A4 paper, on which I pasted with school cloth glue a piece of sackcloth, (bout 3 cm wider and longer). Then I applied on all sackcloth the motive of stencil floral decoration with Stencil paste.

Then I shaped the cover by cutting the four corners, folding in the fabric, I attached it with double-sided tape to secure the structure. Inside the deck I glued a piece of decorated paper, one centimeter smaller, to cover fabric leftovers. 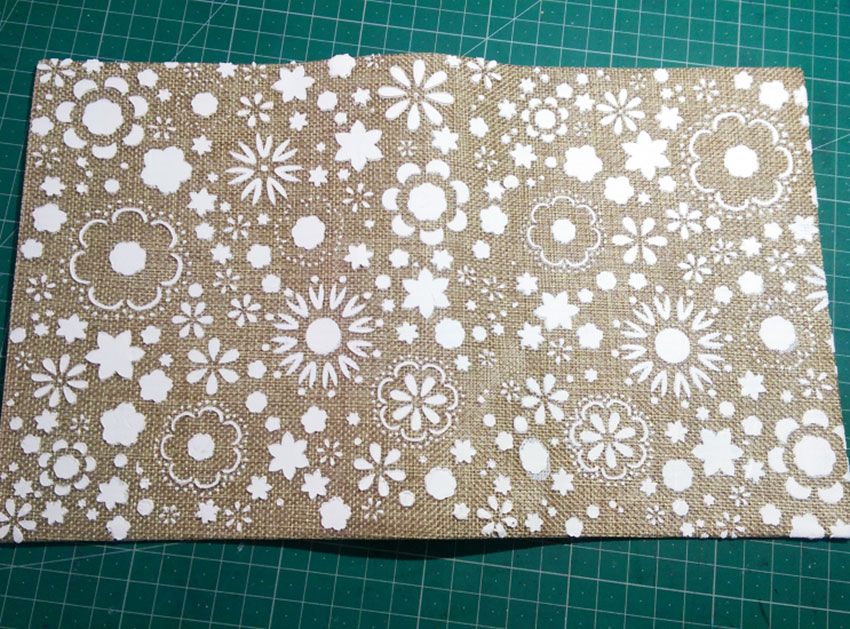 The interior consists of 6 papers two centimeters shorter and longer than the cover, that I placed one inside another forming a notebook, I folded it in the middle, giving the rounded shape of the stick to the back, and I cut the excess with a cuter.  Then I pasted decorated papers on all the sheets. 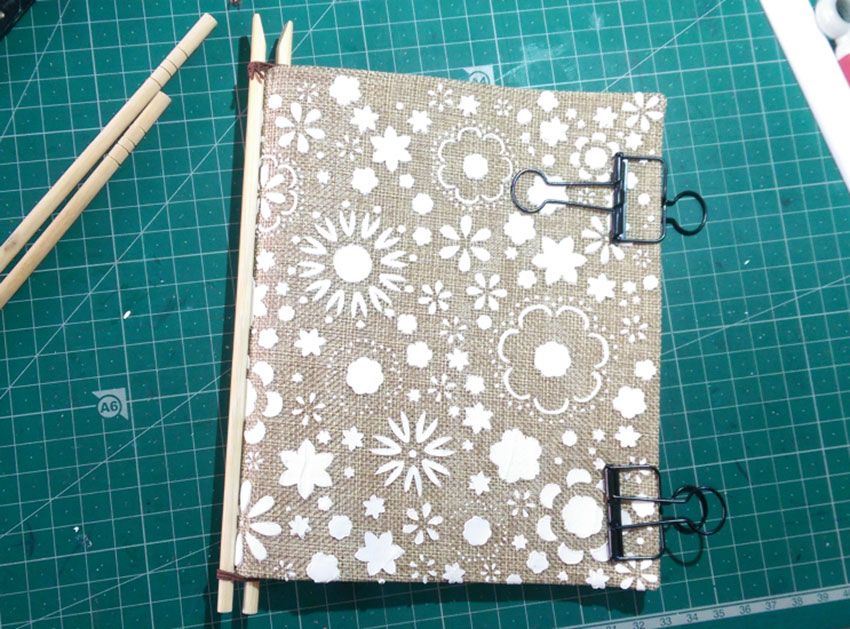 Finally I bounded with the chopsticks, one goes in the interior and the other in the outer loin, then I tied them firmly with rope. I used tweezers and elastic rubber on which I knotted the final rope, and then removed it. 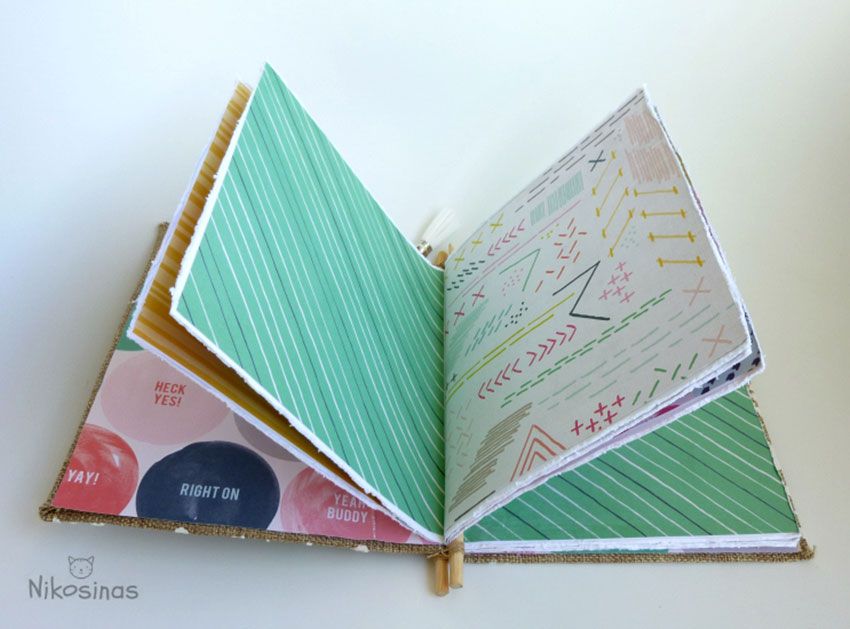 I decorated the cover with several adornments. 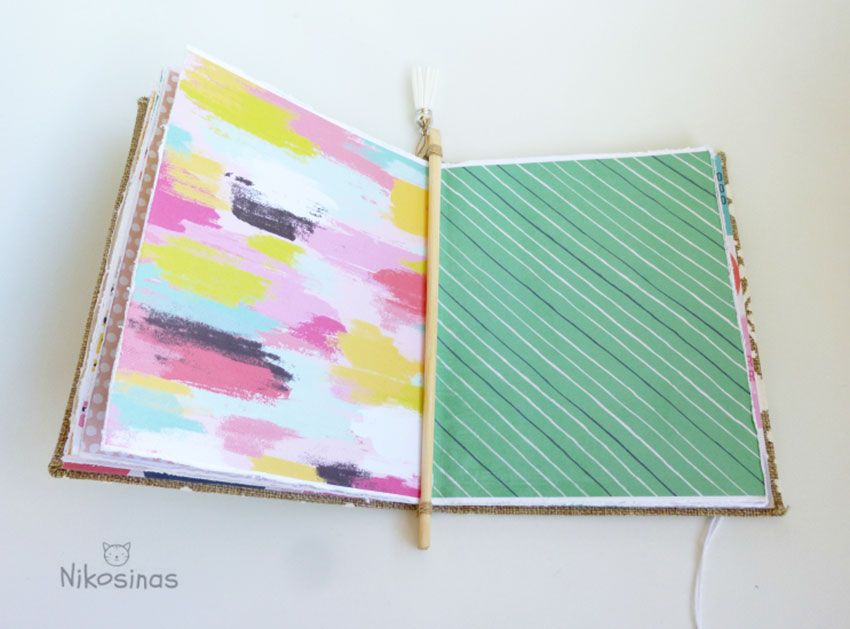 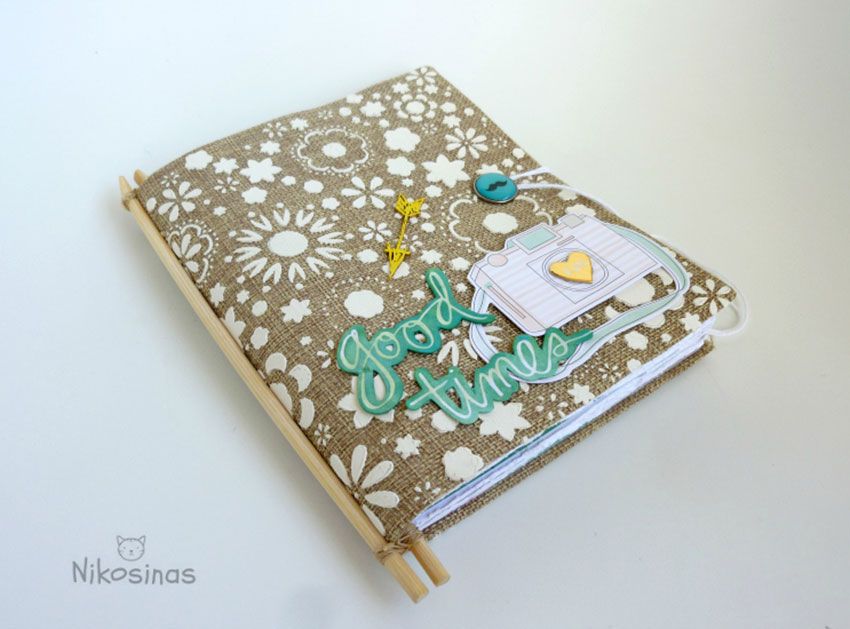 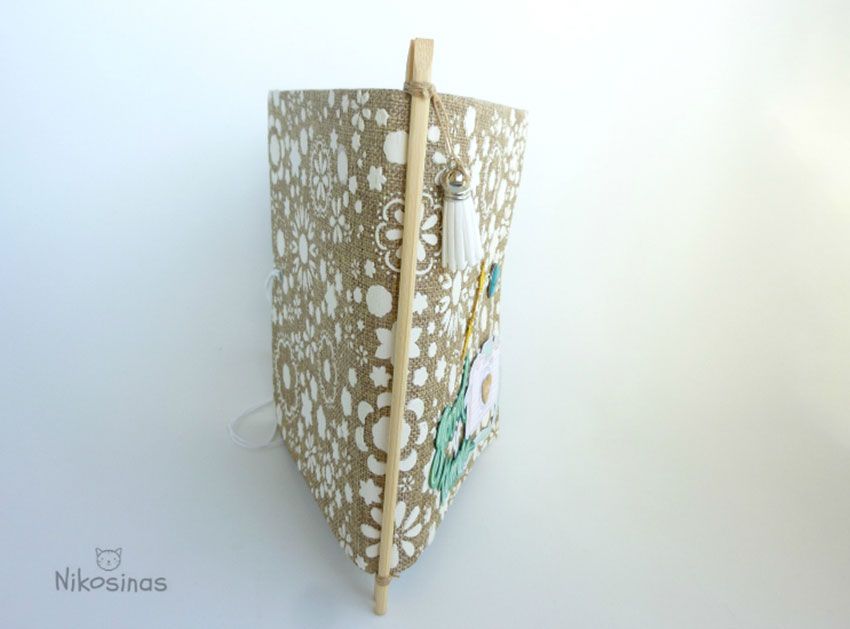 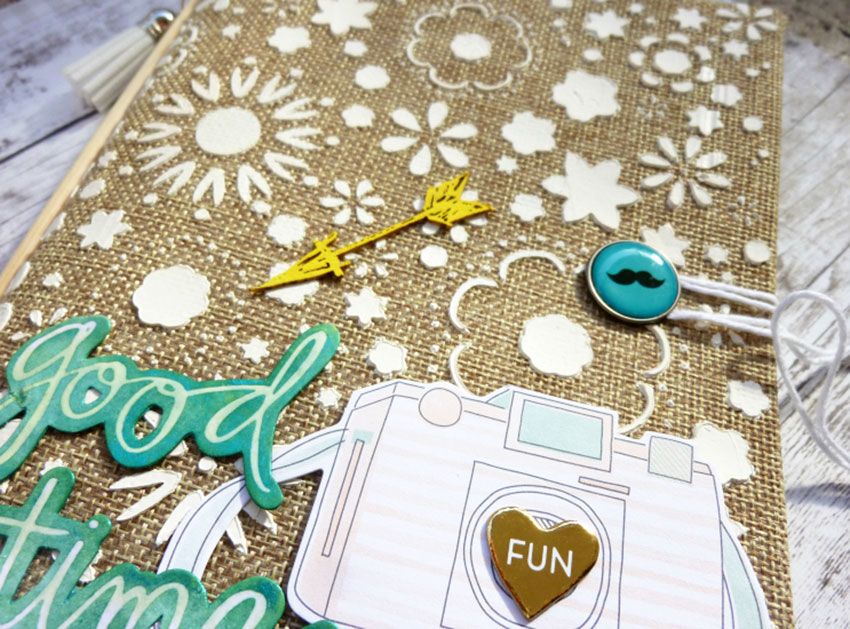 On this section you'll find all our new products.

The latest in stencils, wooden silhouettes, and Markal Paintstiks.