For today's post we have a Nikosina's art journal page. For its creation, she has used stencils and Markal Paintstiks from TodoStencil. Here you can see the process.

Today we are going to try Markal Paintstiks, which are oil based pigments, brought in the shape of a stick, with a creamy texture. They have texture simility with gelatoos or distress crayons, except for the difference that this are water soluble and Markal aren't. So I thought that if I applied them over a primer surface they would just react in a similar way, merging together perfectly, but without water. 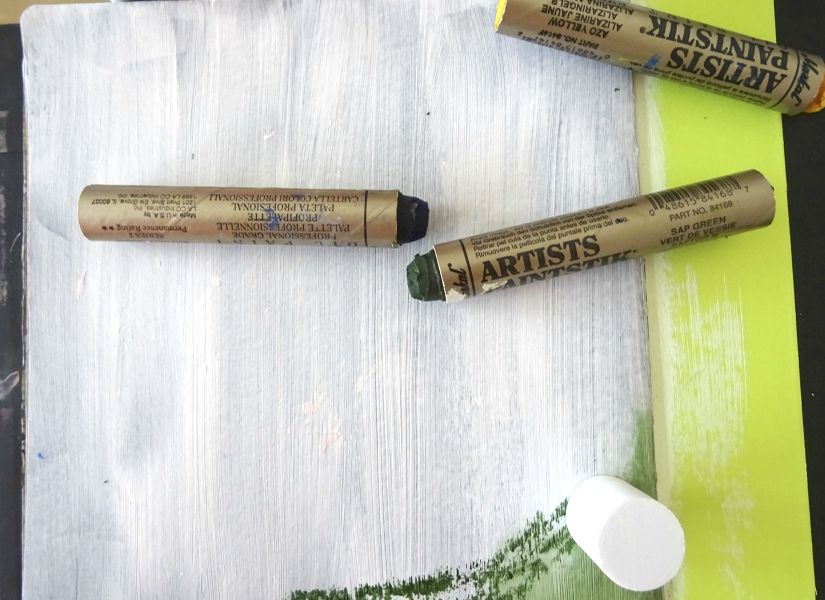 There is not better option to try than with my black paged art journal. I started with a layer of white gesso, that I left to dry for a while. 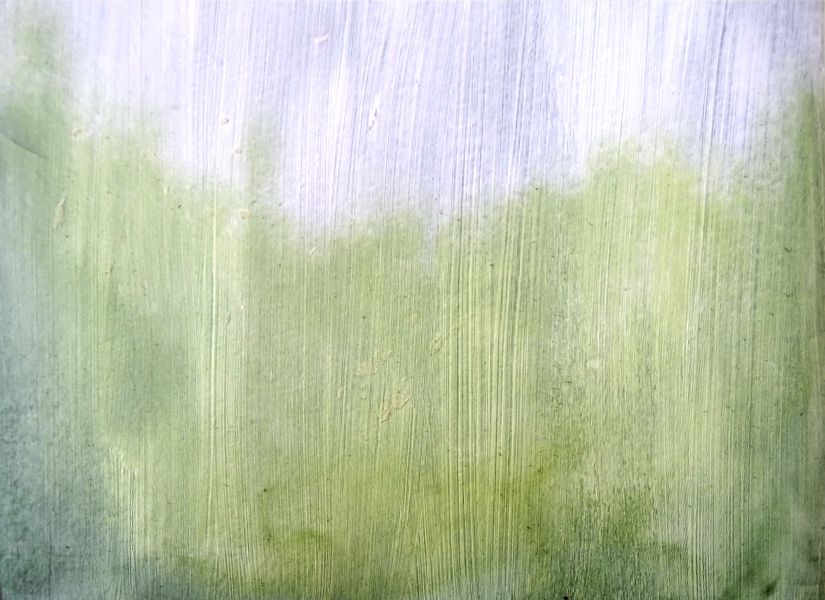 Next, I just scrawled green markal aroun the bottom of the piece. To degrade the colour I used a sponge. I added white markal to create different greens colour scheme and I degraded them carefully. For the sky I followed the same steps with blue markal and degraded the transition between the different colours too. 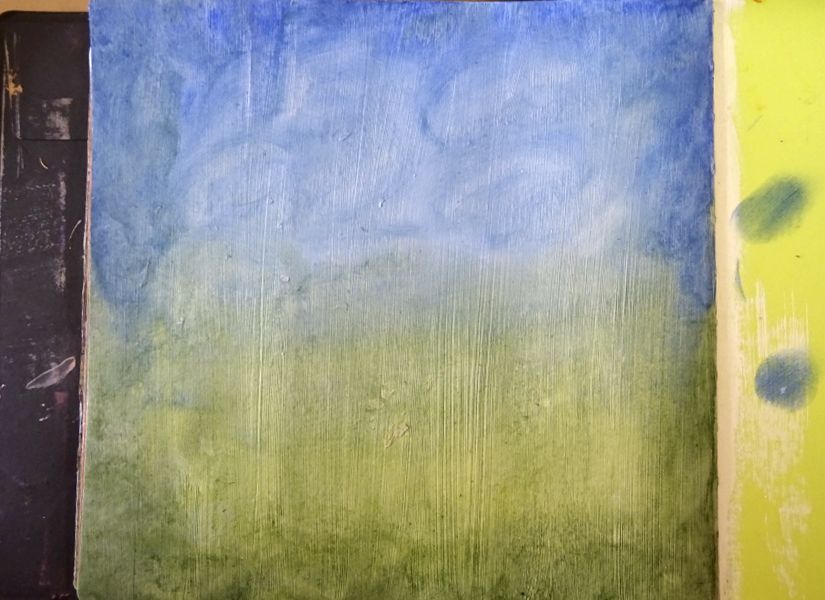 Then I tried a technique I usually do with gelattos, it consists on placing the stencil and removing the colour with a wet towel, this way the pattern stays with the white gesso layer we gave it at the beginning. For this technique I used flowers and curved lines stencils. It worked perfectly, so second round passed! 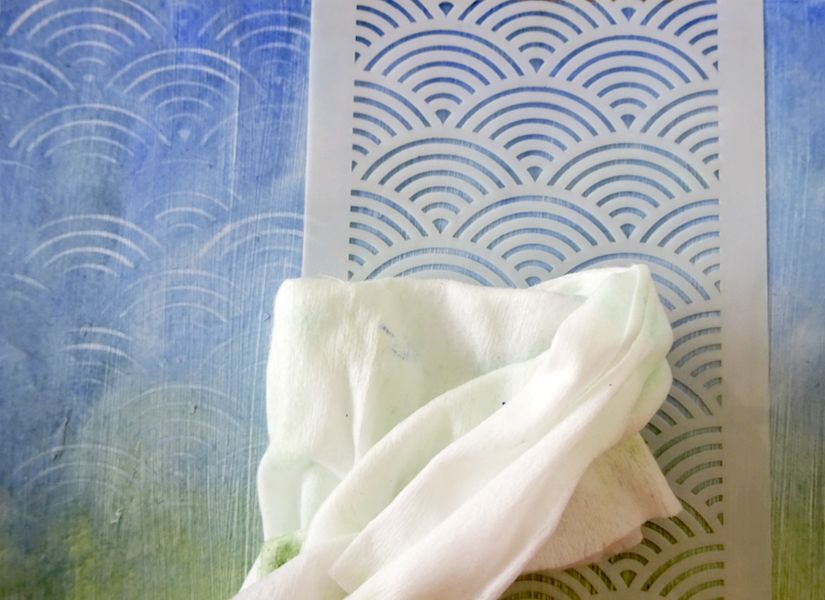 As Markal paint is oil based, they take a while to dry over waterproof layers like gesso, so I fastened the process with a heat gun. I also applied a medium gel layer to protect the surface and keep adding stuff.

Finally, I gave life to the backgound with some clouds and the die-cut cardboard bee. They have been coloured with chinese-ink markers, that can be mixed together when applied over the gel layer. The little girl is a die-cut from a stamp, coloured with watercolours. The white letters that create the quote have been die-cut from a white card. 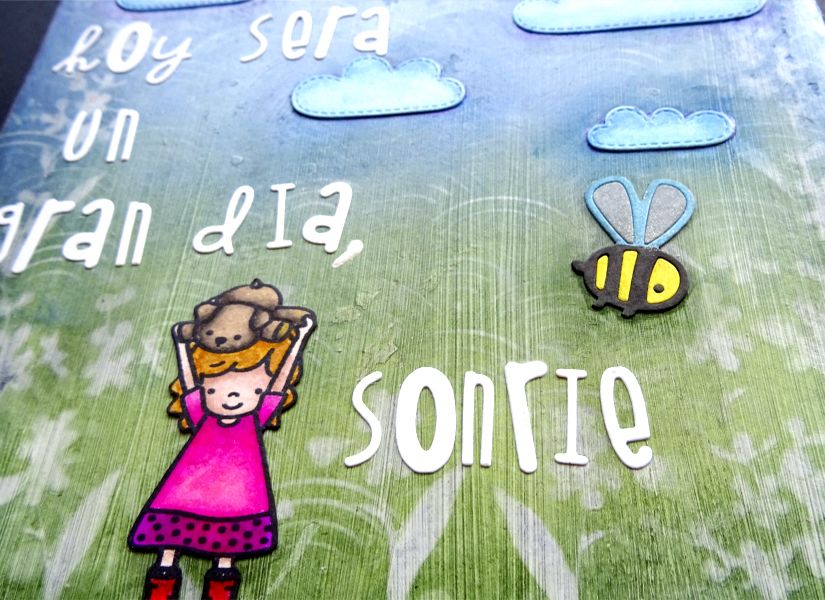 The result is just a simple art journal page, to try some mixed media techniques with the Markal Paintstiks. The more I use them, the more they surprise me! 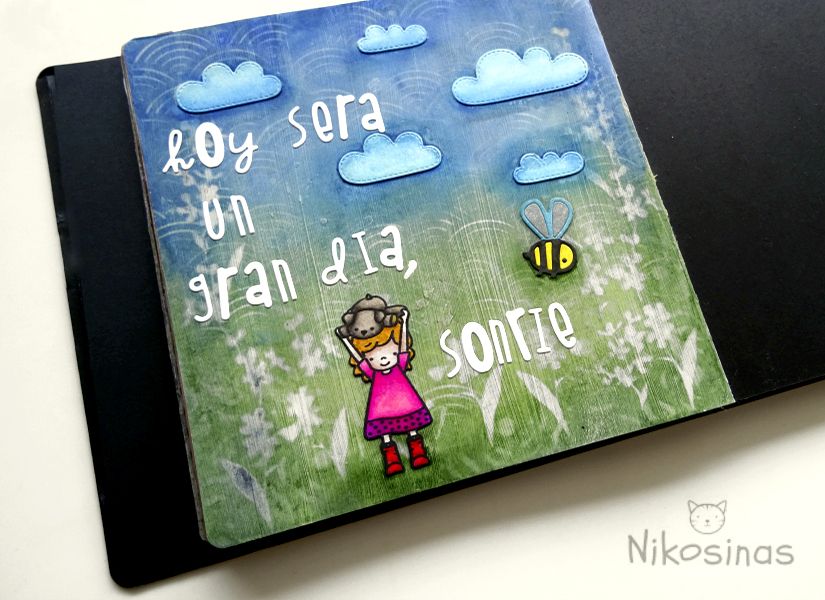 See you next time!

On this section you'll find all our new products.

The latest in stencils, wooden silhouettes, and Markal Paintstiks.